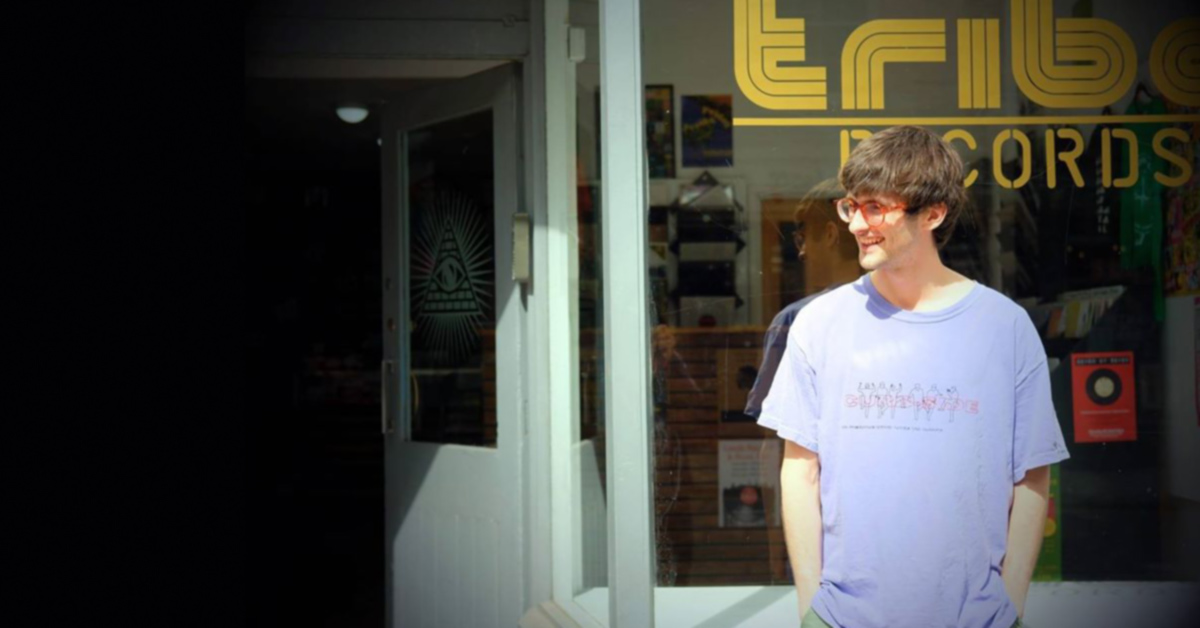 We are gathered in a room lined with arches of red brick. Beams of light pattern the floor – blue, red, green. Music floods the air, our ears, our hearts.

But we are not in Wire. We are not dancing.

We are in the Church of the Immaculate Heart of Mary, congregated in solemn reverence to say goodbye to our friend, Alex Theodossiadis.

Most of us here tend to collide in our favourite bars and clubs; playing records to each other, supporting homegrown events and collectives, witnessing DJs from far and wide… a group comprised of participants and spectators both, brought here to perch on hard wooden pews, an audience out of context.

Enter Alex. No box of records. No infectious grin. No insightful comments or wry jokes. Instead, a wicker basket carried by some of those closest to him.

Shakespeare correctly labelled us actors on this cerulean stage. We play many roles, one of which is that of audience member, verifying the existence of our contemporaries by witnessing their performances.

When one of our number falls – like the philosopher’s felled tree – we witness this also, thereby receiving the sad honour of verifying a life lived well.

Composing epitaphs and eulogies is a difficult honour, one which on this occasion rests on the shoulders of Alex’s flatmate and long-time friend, Sam.

Addressing Alex directly is – when viewed from a purely technical perspective – a rather unusual thing, particularly when done by an atheist. It also happens to be the tone most of us adopt in this exact situation; the speaker hereby puts their fallen comrade in the position of sole audience member, the rest of us here gathered becoming a sort of tertiary audience to what would otherwise be a very private statement.

Such testament is similar to witnessing wedding vows; the words are not for us, but our presence during their utterance bears witness to the sentiments therein, thereby adding strength and weight to them.

His lovingly crafted words burst open the spring of tears that have been bubbling beneath my surface since the commencement of this ceremony.

We – the audience gathered in communion – sit in support of Sam’s bravery, supporters of his heartfelt words; watching from the benches and beside him in love, each of us witnesses to the life and loss of Alex T. Spectators, players and cohorts, assembled to form the audience of his passing.

(I began writing the above during the car journey from Moortown to Lawnswood Creamtorium, and continued chipping away at it throughout that strange, sad day.

As part of my Creative Writing degree at Leeds Arts University, I had just begun a module focusing on the concept of audience, which is why many of my reflections on Alex’s passing were written with that in mind. I am thankful both to my course leader – Karen Tobias-Green – and to the higher education system in general, as well as the ease with which many in this country can access this system. Without these privileges bestowed unto me by accident of birth, my processing of that time would have been far more difficult.

Our window of opportunity to collectively mourn a loss and celebrate a life was open all too briefly, with a nationwide lockdown severely restricting direct contact between individuals and cancelling all events.

Sometimes life wields time’s whip with an ironic savagery, and aside from the social and financial losses incurred by us all, there is to me a certain poetic beauty in the temporary cessation of clubbing occurring on the very day we said goodbye to one of its most devoted and hardworking supporters.

No, it isn’t what Alex would have wanted at all, but it’s what happened, and we must take from it what we can.

In celebration of what would have been Alex’s 26th birthday, Tuesday saw the first of four days of live streams organised by his brother Seb to honour his memory and to raise money for research and support charity Meningitis Now. Tune in now for some of the best DJs around and lively up that domestic dancefloor Gary Deep style!) 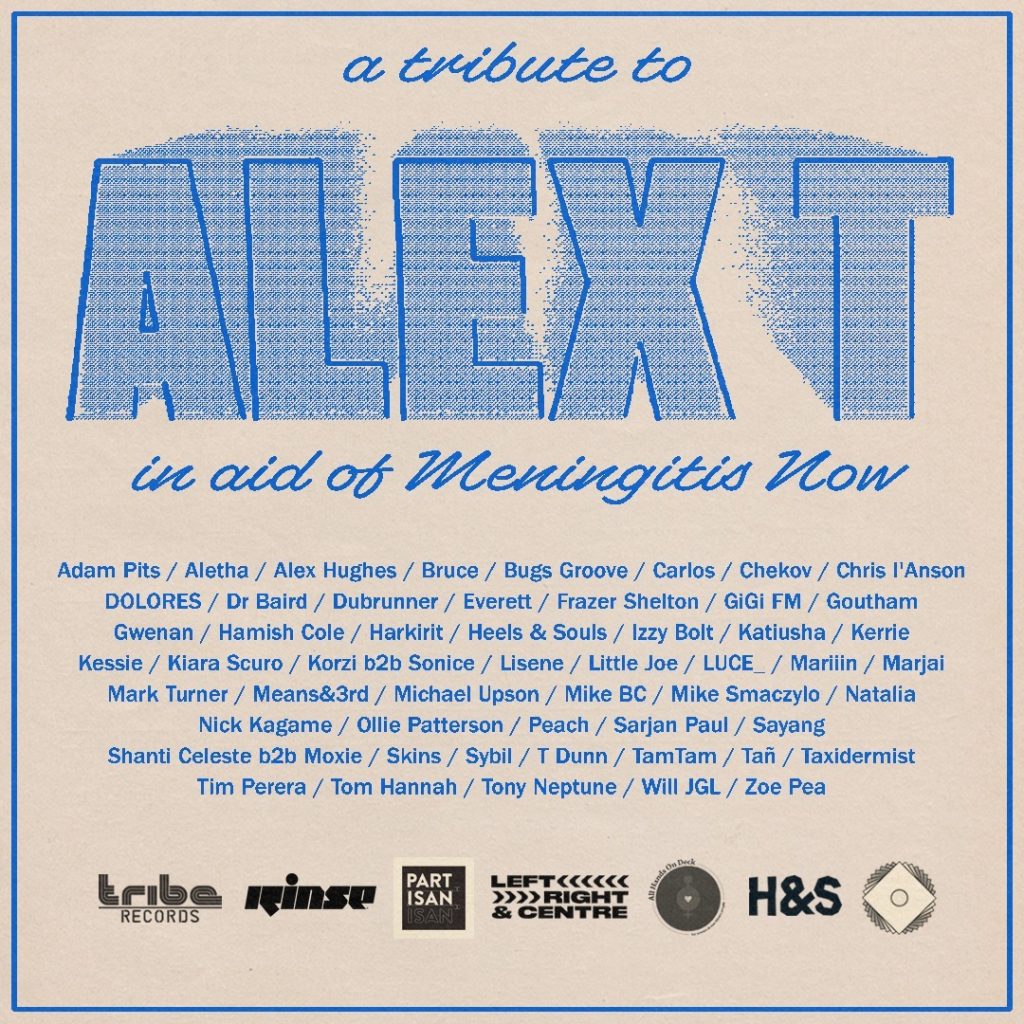