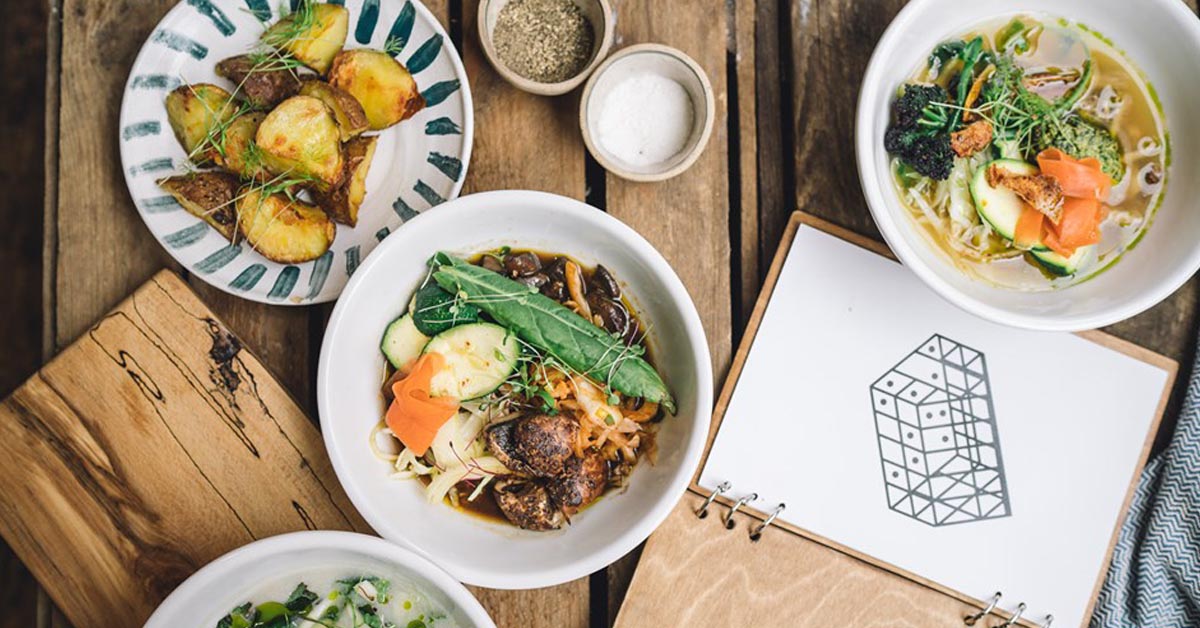 I wasn’t meant to be writing this feature on Eat Your Greens. My friend was supposed to write it – and he most likely would have made a much better job of it than me.

How I came to be writing this is that a little over a year ago my friend, the writer, got a job working for a marketing company. His job was to write about various things he didn’t really believe in or particularly like, and he was left feeling put off writing altogether.

It’s important to have a heart and soul.

Before Eat Your Greens, various drab and soulless looking delis seemed to briefly pop up in the space next to Outlaws and then disappear.

I remember saying that any food or drinks establishment that opened there would have to have something special about it to have any shelf life as  it would be right next to one of the best cafe bars in Leeds.

With this in mind, it seemed absolutely perfect when I heard that the owners of Outlaws were teaming up with Grub & Grog (the guys responsible for the awesome food at Sheaf Street) to open a restaurant next door.

Eat Your Greens serves a mainly, but not exclusively, vegan menu. The dishes are made using organic, locally sourced produce, and they are a Living Wage employer.

Rather than the standard ‘v’ for vegetarian, the Eat Your Greens menu states when items contain meat, fish or dairy and take the meat-free option as standard.

This is brilliant for a number of reasons.

Firstly, it’s not exclusive. I know a lot of people who just wouldn’t go to a vegan restaurant. If you took them there and they tried the food, they’d probably be surprised by the fact that they enjoyed it, but getting them there in the first place would not be easy.

Secondly – and this is deeper and more complicated – you can’t force your ideals down peoples’ necks. It will probably have the opposite effect to what you desire.

Regardless of whether or not you feel empathy towards farm animals, it is a fact that the mass consumption of meat and dairy is terrible for the environment. It’s also not good for your body to eat meat with every meal. Humans, as hunter gatherers would have eaten meat quite infrequently.

If you care about either or both of these things, there are two choices… One is to stop eating meat and dairy altogether, and the other is to eat meat infrequently and only consume high quality animal products. Either way, it would be beneficial to everyone if more people realised that eating meat with every meal, or even every day, is not the way to go.

I will add here that I am not a vegetarian.

Anyway, I was discussing this with my friend who didn’t write this article and we agreed that changes – in most things – need to be gradual, and that more menus with ‘m’ for meat instead of ‘v’ for veggie would gradually change peoples’ way of thinking, their concept of what is ‘normal’.

I’ve been to Eat Your Greens several times since it opened back in April and all the friends I’ve taken there have had nothing but good to say about it.

As I said, I’m not a vegetarian so I’ve tried the full range of options available, and in the words of one of my mates, as far as the veggie options go, ‘You don’t miss having meat with a meal when the food’s like this.’

Similarly, if you go for one of the meat options, the meat is delicious and cooked to perfection.

My personal recommendations are the Spinach and Potato and the trout, but it’s not the kind of menu where I’ve ended up limiting myself to returning to the one thing I know I like – there are too many interesting options to explore.

Also worth noting is that the menu is not prohibitively expensive. For the quality of the food, and compared to Leeds prices in general, it’s pretty cheap – so providing there are tables available it’s the kind of place you can just drop into if you’re in town and your hungry, as opposed to somewhere you’d have to budget for.

I actually ended up going three times last week in the midst of much madness (friends visiting, gigs) and joked that I should write this gonzo-style and contrast the wholesome food with the extremely unwholesome times I had in-between.

The last meal I had there was on one of their Vegan Tuesdays where it’s just £10 for two vegan meals from 5pm. I would certainly recommend that you book at this time as it was very busy and we were lucky to get a table (I think restaurants with less friendly and accommodating staff would probably have turned us away).

Check out their facebook page for more details on this and other promotions (including Single Deck sessions on Fridays and Saturdays with vinyl only music selections) and – more importantly – head down there and try the lovely food.