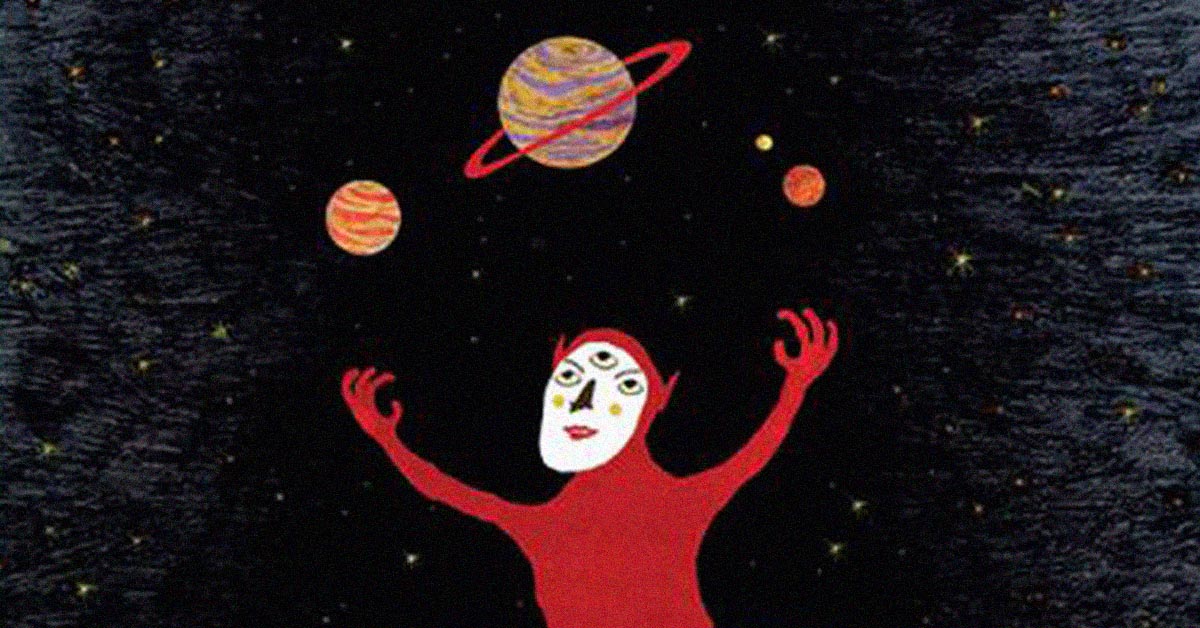 “People are strange when you’re a stranger”, said some bloke somewhere sometime.

And he was right; people are indeed strange, though I’d argue that the less of a stranger someone becomes to you, the stranger to you they become (if you catch my drift).

As one with a fondness for strangeness, I’ve been captivated by Space Ritual since I met founder and likeable local lurker, Callum Slack early last year. His mixes were always filled with exactly my sort of off-kilter, left of field finery. Genres and trends never seemed important, and the primary objective was clearly to share beautifully blended, interesting music, without a sniff of muso pretention.

Having since made the transition to a label and released two weird and wobbly wecords (compilation EP ‘Various lurkers’ and ODDNIP mini album ‘Secret Nippers’), Slacky’s casual yet purposeful progress took another step forward with Space Ritual’s first full on, all night event; Luv*Jam and Sequential at Wharf Chambers.

Slacky got things going with some deep, throbbing half-time dubtechno…

Well, maybe he did, I worked until close and missed his set; sorry, Callum x

In all honesty, I wouldn’t know dubtechno if it dragged me to hell by my earlobe like some malevolent matron. My musical background is all band orientated – 60s and 70s prog, hardcore punk and metal, post-stuff etc – so I have little to no knowledge of electronic music genres.

What I do know is that the vibe upon arriving at Wharf Chambers was akin to the sweaty warmth of familiar strangers you used to get at DIY gigs back when I lived in Grimsby.

Sequential were getting stuck right into the middle of their live set and I was instantly enveloped in that feeling you get when watching very competant musicians having a boat-load of fun with the thing they do best.

Treading beautifully the line between the upbeat, inspirational exeuberance of house and the often darker, more spaced out world of techno, Alex Hughes and Alistair Beecham draw you into a journey of subtle emotional changes, propelled along by a pulsing, throbbing beat that hovers just below the Plimsoll line of club-tempo house.

The growing crowd lurk and lurch from dim light to dark shadow; have a little boogie, have a little wander… it’s such a casual sort of mood, with not a sign of the posture n perv bregade that sometimes haunt club nights.

So relaxing is Callum Slack’s party that it inspired me to invent the word “slaxetive”, before rapidly ejecting it when I realised its potential conotations.

Sequential stormed to the end of their set and made way for the wonky world of Andrew Cole aka Luv*Jam, who kept the momento going with a selection of liquid ragga classics…

Sorry, again I’ve no idea and won’t insult the reader by pretending. What I will say is that Luv*Jam ended things perfectly, lacing the first chunk of his set with a cocktail of interweaving techno rhythms and weird robot voices, all propelled on by a relentless, chugging kick.

Finally exiting this intense tunnel of sound, the Luv*Jam train burst into its exuberant, bliss filled finale with one of those rare moments for this rocker turned raver; a tune I could sing along to.